Hello UTWSD Members! Thank you for organizing out at taxi stands and in the neighborhoods! In order to get more information out between meetings we’ll be posting detailed updates on our website weekly. If you are not already signed up for our text messages sign up today and help other drivers sign up too!

How to sign up for text messages: 1) create a new text on your phone 2) Enter the number (619)377-7066 3) Put the letters UTWSD in the body of the message 4) Press send! You should get a confirmation text saying thank you for signing up.

Here are your weekly updates!

The San Diego Transportation Association which includes Orange Cab, Yellow Cab, USA Cab and other permit holders filed a lawsuit to request that the California Superior Court review and reverse the City and MTS’s decision to lift the cap and they are seeking damages for compensation from MTS for amending Ordinance 11.

On Tuesday April 14, 2015 an ex parte hearing was held to decide whether a temporary restraining order (TRO) should be granted to temporarily halt the MTS new permit process while it goes through litigation. The judge declined to rule on the issue and postponed his decision to take place on April 28, 2015 when he will also decide whether to grant a preliminary injunction that would permanently halt the MTS new permit process.

UTWSD has partnered with the Institute for Justice, a national advocacy organization, that has successfully done work regarding taxi permits in Minneapolis, Milwaukee and other cities.  The judge will also decide on April 28, 2015 whether or not to allow the Institute for Justice to intervene to represent the interests of the taxicab lease drivers affected by this litigation.

The City Attorney’s office is preparing a response to the suit which will be filed before the April 28th hearing. UTWSD is fully confident in their ability to win this lawsuit. Like the City Attorney said, they can fight us but we will win.

What’s the hold up? UTWSD has been in contact with MTS multiple times in regard to the process of permits being released. MTS has officially opened all letters of intent that were mailed by March 31st. As of April 15th, MTS received 1,231 letters of intent for permits. Note that not all of the letters of intent will lead to successful taxi applications.

The first permit is anticipated to be released on June 1st. UTWSD is doing everything possible to make sure that the process does not experience unnecessary delays. UTWSD and our members have worked hard to make this policy a reality and are committed to making sure that it goes forward and that drivers are able to become owner-operators.

On April 15th UTWSD attended a Civic San Diego meeting to speak out against a plan to introduce a low cost to free on-demand shuttle service downtown using an app starting this summer. They’re planning on spending over $1 million dollars of public money to launch the shuttle. Civic San Diego is a nonprofit corporation and is also an extension of the City of San Diego. We must stop the shuttle before it’s implemented and continue to fight even if it goes forward!
We have a very walkable downtown, pedicabs galore, and a public transportation sector known as taxi-cabs, not to mention all the app-based options through Uber, etc. that drivers are already competing with. This is a complete waste of public money! Public tax dollars should go for things that are not already being done and in this case, there are plenty of good options for getting around downtown.  We think the Mayor and City Council have identified many other public shortfalls where that $1M could be put to good use.
The Civic San Diego budget which includes money for the shuttle will go before the board one more time on April 29th at 9am 401 B Street, Suite 400 before needing final approval by the City Council.  All drivers should attend to say NO to unfair competition by Civic San Diego’s shuttle program! Read more about the shuttle in their April agenda.

Councilmember Marti Emerald To Retire in 2016 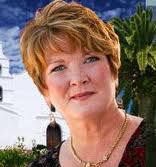 Although we are sad to see Marti go, she has served taxi drivers and our community bravely. Marti is in good health after surviving cancer treatments for breast cancer. She will be enjoying retirement with her husband in their new home in Imperial Beach.

UTWSD President’s Official statement on Councilmember Emerald’s retirement: “Marti you will be missed. We respect that you need to retire. Thank you for being our champion for taxi drivers and our community. We will fight for your replacement to be a progressive person who will continue your work. From equalizing the TAC to video cameras in cars to lifting the cap and freeing our drivers. We are forever grateful.”

UTWSD members will need to prepared to make sure whoever is considering to run in District 9 is committed to taxi drivers and our community like Marti was. We have the power to win elections. We’ve done it before and we can do it again! We look forward to strategizing with drivers to make sure our issues and voices are heard in this upcoming election.

See UTWSD’s dedication to Marti in our most recent Newsletter.

UTWSD and our volunteers are working hard every day to protect driver rights!